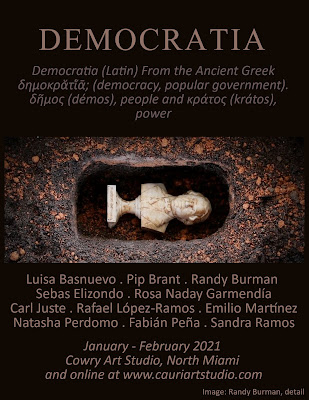 The ancient Roman Republic’s distribution of power, its political decision making and its transfiguration into an empire has frequently come to mind during the last 4 years, making us reflect, in a deeper way than usual, on the essence of Democracy, that complex and fragile apparatus so often taken for granted in the United States of America.

Artists Luisa Basnuevo, Pip Brant, Randy Burman, Sebas Elizondo, Rosa Naday Garmendía, Carl Juste, Rafael López-Ramos, Emilio Martínez, Natasha Perdomo, Fabián Peña and Sandra Ramos analyze in their works the polarazing dicotomies and processes that threaten the balance of our political structures, or contribute to the serious social and ecological scenario our planet faces today. Each artist addresses these pressing issues through their personal concept and artistic language and from a perspective that considers the People as the main legitimacy source for all powers.

The exhibition will run from January 18 to February 20, 2021, at Cowry Art Studio, North Miami. For in person visits, make appointment through cowryartstudio@gmail.com, and virtually viewing at www.cowryartstudio.com/democratia. 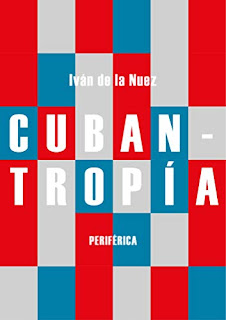